I had received a package from Things for Wings a week ago.  I had bought another fantastic willow coin swing (thanks to Danita's generosity in letting the swing go!), so I could have one for each of my boys.  When I opened the box, I found a surprise in there!  There was a bag full of beautiful toys, along with a cryptic note from the gifter.  Come to find out, the gift was from Peggy (Sadieladie1994 on Avian Avenue).  It was a totally unexpected gift and so sweet of her!

At the time, I had to thank Peggy in private because Danita wanted to hold a guessing game as to what theme her new toy collection is, and the toys I received were part of that new collection.  Now that the guessing game is over, she said I can post the pics of these super cute "Island Hopping" toys!  :D  I'm not sure what these toys are named, but they should all be named "Fun & Fabulous"!  Hehe. 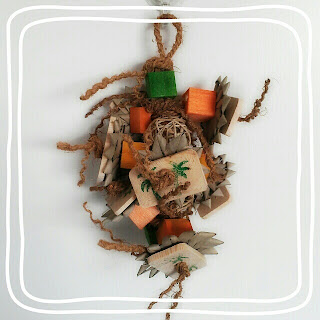 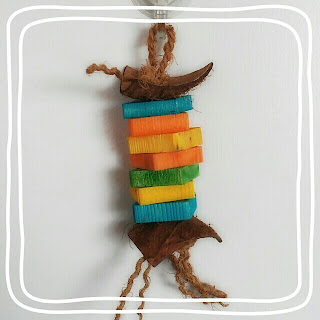 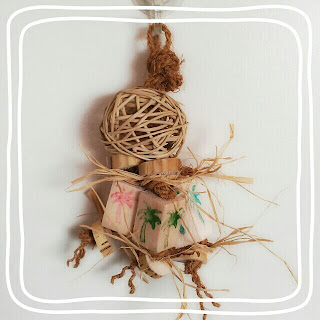 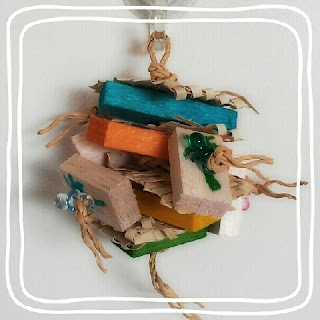 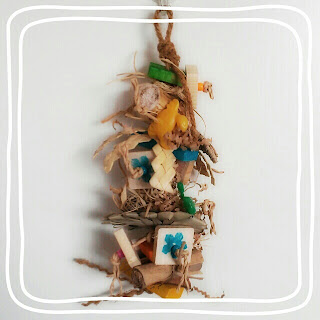 The toys are so cute I really didn't want to give it to the birds, but I caved in and gave them ONE. LOL  I put the toy on the Java tree in the living room and shoved Nutriberries into the wicker ball to entice them.  I let Raptor go at it first.  He immediately started shredding feverishly to get to the treats.  He also took a few chunks out of the balsa blocks.  When he was done, there was about half the wicker ball left - ideal for my non-chewer/forager, Mika.  I put more Nutriberries in the half-destroyed wicker ball and Mika went to town!  I was quite surprised! 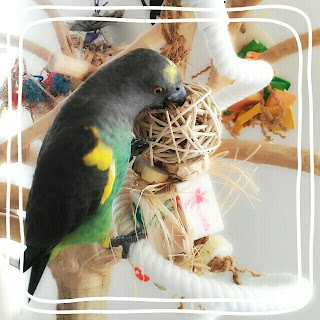 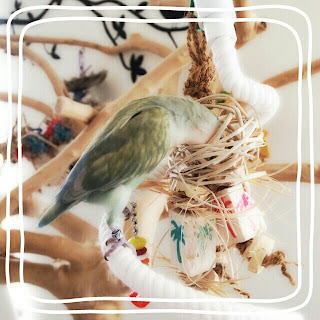 This toy was a HUGE success!  As of today, there is nothing left of the toy except for a little bit of wicker and raffia.  Raptor has destroyed the rest of the balsa and yucca pieces.  Thank you, Peggy, for such a generous gift and thank you, Danita, for always coming out with adorable new toy collections!!  :)
Posted by Maya at 3:40 PM

Maya
Hawaii, United States
Until recently, I had an 11 year old lovebird named Mika, my first born son and light of my life. RIP to the most important being in my life. We have a four year old Meyer's parrot named Raptor.